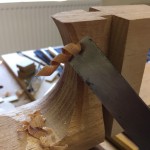 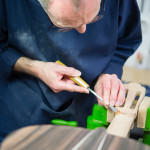 Supported by The Harley Foundation

Won a National Woodcarving Competition at 16.

Carved a new section of Grinling Gibbons lime-wood carving for the restoration of Hampton Court Palace.

As a Musician I signed to Chrysalis Records & Chrysalis Music Publishing in 1989.

In trying to combine my interests in Musical Instruments & Woodwork I studied Classical Guitar Making at Newark School of Guitar Making.

Received a Distinction in Advanced Guitar Making at Newark.

Won the award for the “Most Outstanding Contribution to Musical Instrument Craft” from Nottinghamshire County Council 2014.